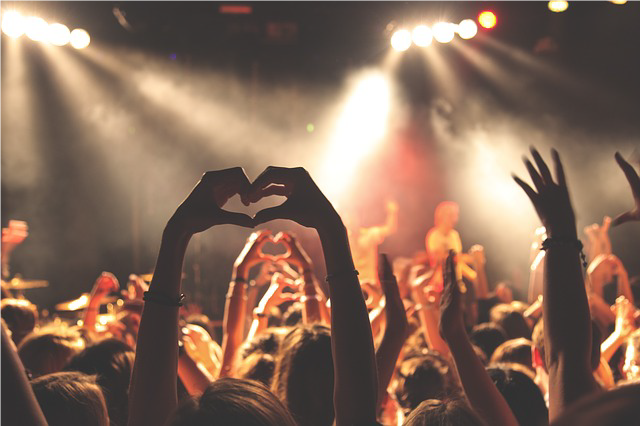 This is always a fun and interesting topic which is honestly massively underrated. This the basis for truly being an entertainer. Many people gasp at the idea of developing performance skills, either because they think pre-planning a performance is fake or that everything should be improved at the same time. While I disagree with the idea that pre-planning shows makes them fake, I actually do think that spontaneity is important. However, just like any skill to improve, this trait is first practiced on the side and planned out with a lot of thought before the skill can eventually be internalized. Many of the best performers did not have to practice how to perform, but this is no excuse for you not to practice this valuable skill. These people played thousands and thousands of shows to develop their performance style. The shows themselves were their practice. They played a ton of guess and check, and some audiences didn’t enjoy their shows, especially in the beginning. You have two options. You could choose not to practice this skill, but it will take much longer for you to get a good live show, and you will lose much in the way of word of mouth in terms of audience attention. Or you could spend time going over certain performance sets when you’re practicing with your band. Actually, most professionals consider band rehearsals as time to work on performance skills, not just simply learning the song. Hopefully you’re convinced that this is something worth practicing. So how do you begin, and what exactly do you practice? 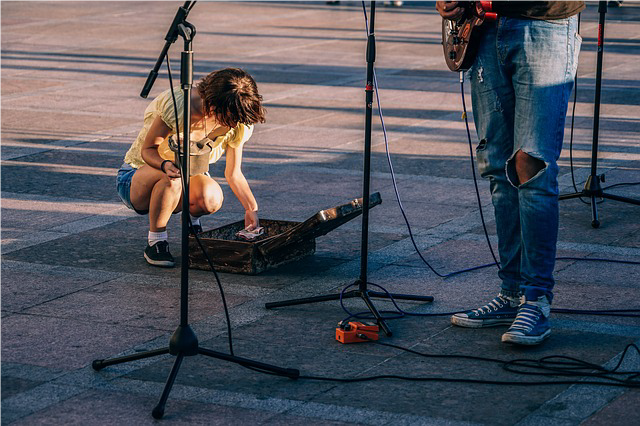 The “front” performer, or the lead singer, can work on several aspects of his or her performance. How do they hold the mic, and what is the best way to create energy with body movement when a chorus comes up? Should he/she continue to just simply stand there, or would it be more beneficial to take a wider stance and raise the mic up in the air (possibly with another hand in the air)? Obviously, the second option is preferable. But then should he or she remain standing still, or should they skip, run, or walk to another part of the stage? If the song is high-energy, they should probably be moving. When you’re practicing the song or going through the run-through, the singer should have enough space to practice these kinds of “moves” and should know when to execute them. You can look at the song lyrics for interesting ways to capture the song via the performance style. For example, if the song lyrics are about walking, the singer should probably start walking! This activity is actually very fun to practice. Once you get the hang of it, you can really start playing with your own performances. It becomes a ton of fun and extremely rewarding during your performances as well. Your creativity is really the only limit. For guitar players who don’t rely as much on the lyrics, your positioning and actions throughout the performance can still make a massive difference. You can practice power positions, the idea of holding the guitar in a particular manner during certain parts of a song. You can also run around when the chorus is going (although this needs to be planned with the singer in order to make sure that you don’t collide, or aren’t both running at the same time if that’s not the desired affect). You can do a bac- to-back with the bass player, engaging half of the audience on your side with thorough eye contact. Again, the possible ideas are limitless! For those lacking in ideas, I would recommend going to watch concerts performed by people who are known to be great entertainers. This could be U2, Bon Jovi, Taylor Swift, Disturbed, and many, many more. Most of the bands/artists garnering most of the attention from the public probably throw great shows as well. Just turn on the concert, and check it out for yourself.

About the Author:
Chris Glyde is a music teacher based in Rochester New York with an expertise for skill development that can be tracked and grown. If you’re looking for direction with your voice, consider taking voice lessons in Rochester with him.

Click here to tell me about your current skills and frustrations:

Tell me about yourself
It will not take long!